The Truth about Stress and Exams

The Truth about Breast Cancer

The Truth about Obesity: It Starts in the Womb

The Truth about Obesity: It Starts in the Womb

While most people think obesity starts in childhood, it actually begins a lot earlier. Science now shows that it begins in the womb. If a pregnant woman is obese, the chances of her child being born already overweight is high. An obese or overweight child has a much greater risk of becoming an obese adult. They are more likely to develop diabetes, cardiovascular diseases, ischaemic heart disease and certain cancers than other children, who are the right weight for their age, height and build.

Is obesity really such a big problem?

It is more than a problem, it is a global epidemic. Obesity and overweight accounts for some 2.8 million deaths a year worldwide. In 2016, 1.9 billion adults were overweight. 650 million were obese. It is said that more people now die from being overweight or obese than people who are underweight. We are literally eating ourselves to death. The number of overweight children under 5 years’ old, was, in 2016, estimated to be over 41 million. Nearly half of them lived in Asia and one quarter lived in Africa. Obesity is no longer the disease of upper income bracket, western hemisphere populations. Middle to lower income families across the globe are increasingly joining the ranks of the overweight and obese. The number of overweight and obese people tripled between 1975 and 2016. We are now in 2018, and nearly one-third of the world’s population is obese.

Am I really overweight or just ‘cuddly’?

We all tend to think we are carrying ‘a little too much’, that extra 5 kilograms we need to shed, but what does being overweight or obese really mean? According to the World Health Organisation (WHO) it is an ‘abnormal or excessive fat accumulation that may impair health’.

Why is being overweight or obese dangerous?

Apart from the propensity to developing other diseases like diabetes, the body itself is under attack from the fat. Fat does not just sit under the skin, it coats every muscle and organ in your body. Your heart has to work extra hard not just to pump blood around an extremely large body, it has to fight against the layer of fat it is carrying. Apart from obvious physical characteristics, you can work out whether you are overweight or obese with a simple formula. It’s called the BMI or Body Mass Index. You take your weight in kilograms and divide it by the square of your height in metres. The WHO’s measurement is: Overweight – a BMI of equal to or more than 25 Obese – a BMI of equal to or more than 30

If my child is born overweight is there nothing I can do?

Actually, there is. Being born overweight means your child will have a propensity for gaining weight. This is especially concerning as babies are born with a sweet tooth. Feeding that craving will send your child deeper into obesity, lethargy and depression. However, remember, obesity is created when the calories consumed are greater than the calories expended. A healthy lifestyle with plenty of exercise, especially the sweat-inducing kind, and outdoor activity as opposed to video games on the couch all weekend, will go a long way to expending those calories. Add a healthy diet packed with vegetables, fruit and small quantities of lean meat and you will set your child up for a healthy future and boost his chances of escaping from obesity. If you need advice on how to pursue a healthy lifestyle or diet, contact your nearest Lenmed facility and make an appointment to speak to one of our healthcare professionals today.

Prioritise your health by going for regular medical check-ups 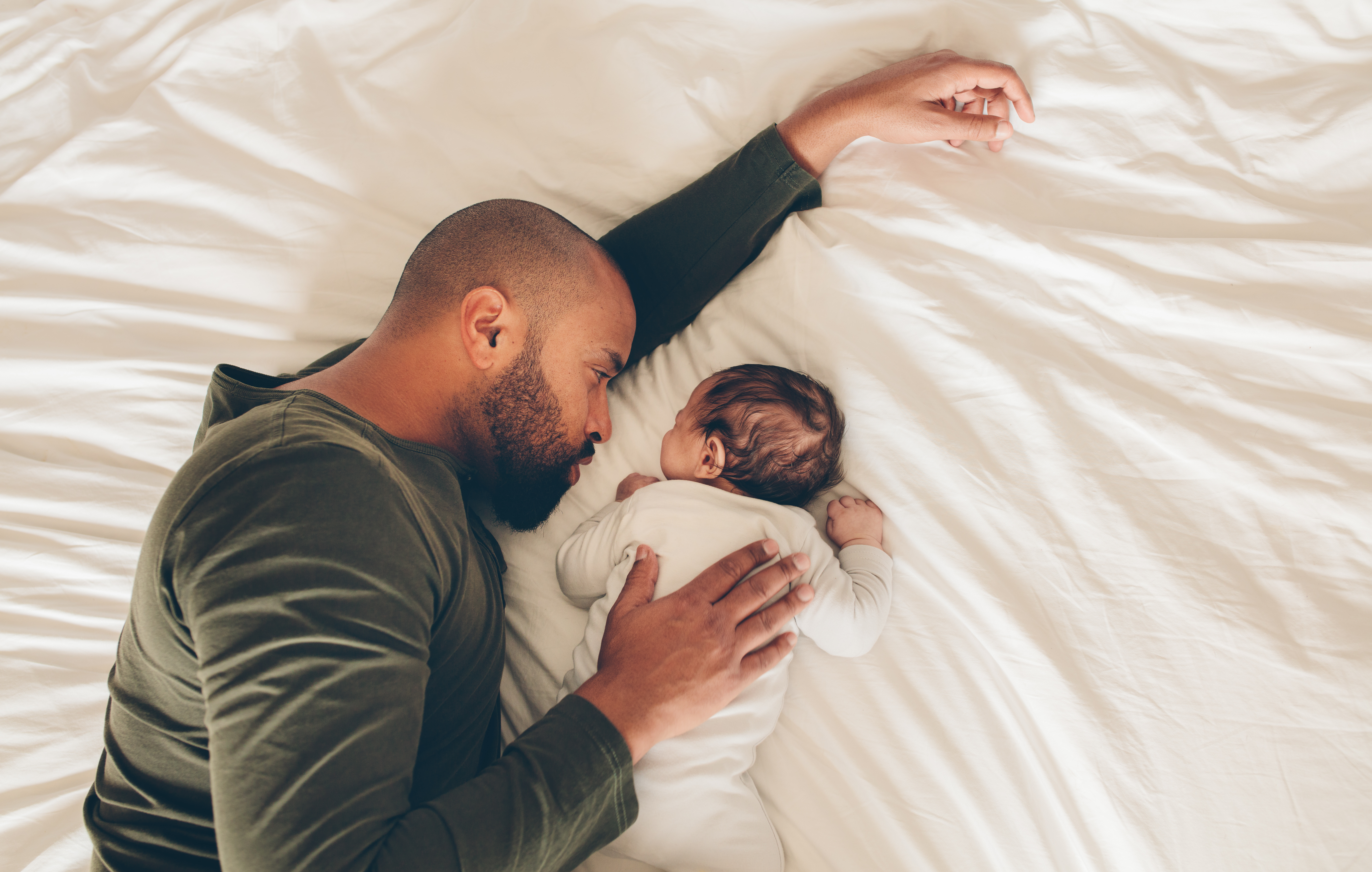 Top view of newborn baby boy sleeping with his father on bed. Father and son lying together on bed.

African American mother and her daugher.